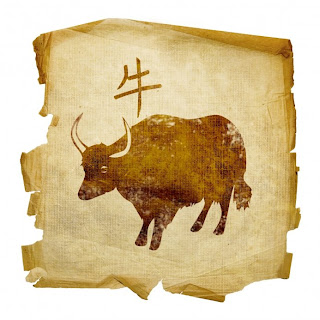 Chinese New Year is a big deal here in Singapore. It's kind of like Christmas and Thanksgiving rolled up into one big holiday. The festivities and preparations begin months in advance, and they last 15 days after. This upcoming year is the Year of the Ox (the reason for my cheesy title) and it begins on January 25th.

There will be huge family reunions, large dinners, parties and the trimmings that go with any major holiday. However there is a flip side to it. I was having dinner two nights ago with a guy who is involved with a ministry that helps people with mental and psychiatric disorders, and he tells me that the staff in their residential centers have to be extra alert during these seasons because the incidence of attempted suicide goes up significantly in the weeks leading up to major holidays. When I asked him why that may be so, he surmised that some of it may have to do with the stress that comes from facing family, and the judgement that inevitably follows. I think that we all face it in some degree or another. I know I’m going to get more than a few comments about my “expanding ministry” or how “well-rounded” I’ve become in this past year.

And just as I was sinking into despair, I came across this quote from Martin Luther today and realized that this is what we need during such stressful times!

There are laws enough in the world, more than people can keep. The state, fathers and mothers, schoolmasters, and law enforcement persons all exist to rule according to laws. But the Lord Christ says, “I have not come to judge, to bite, to grumble, and to condemn people. The world is too much condemned. Therefore I will not rule people with laws. I have come that through my ministry and my death I may give help to all who are lost and may release and set free those who are overburdened with laws, with judgments, and with condemnation.”

This is a comforting saying in which the Lord Jesus portrays his dear sweet self, and it agrees with John, who says, “God did not send the Son into the world to condemn the world, but in order that the world might be saved through him” (John 3:17). Jesus says, “I have come into the world that was condemned already and has enough to do with judges and judgement; but I will take away their judgement, that all who are condemned may be saved.”

Because of our desperate need, we must have such sayings.

A gift to an Atheist

A really interesting perspective on evangelism from an atheist (Penn Jillette of Penn and Teller). Kudos to my friend Dave B who posted it on his blog!
Posted by Jon W at 7:06 PM No comments: